1952 Ariel Square Four Mk1 is SOLD and off to Ontario, Canada 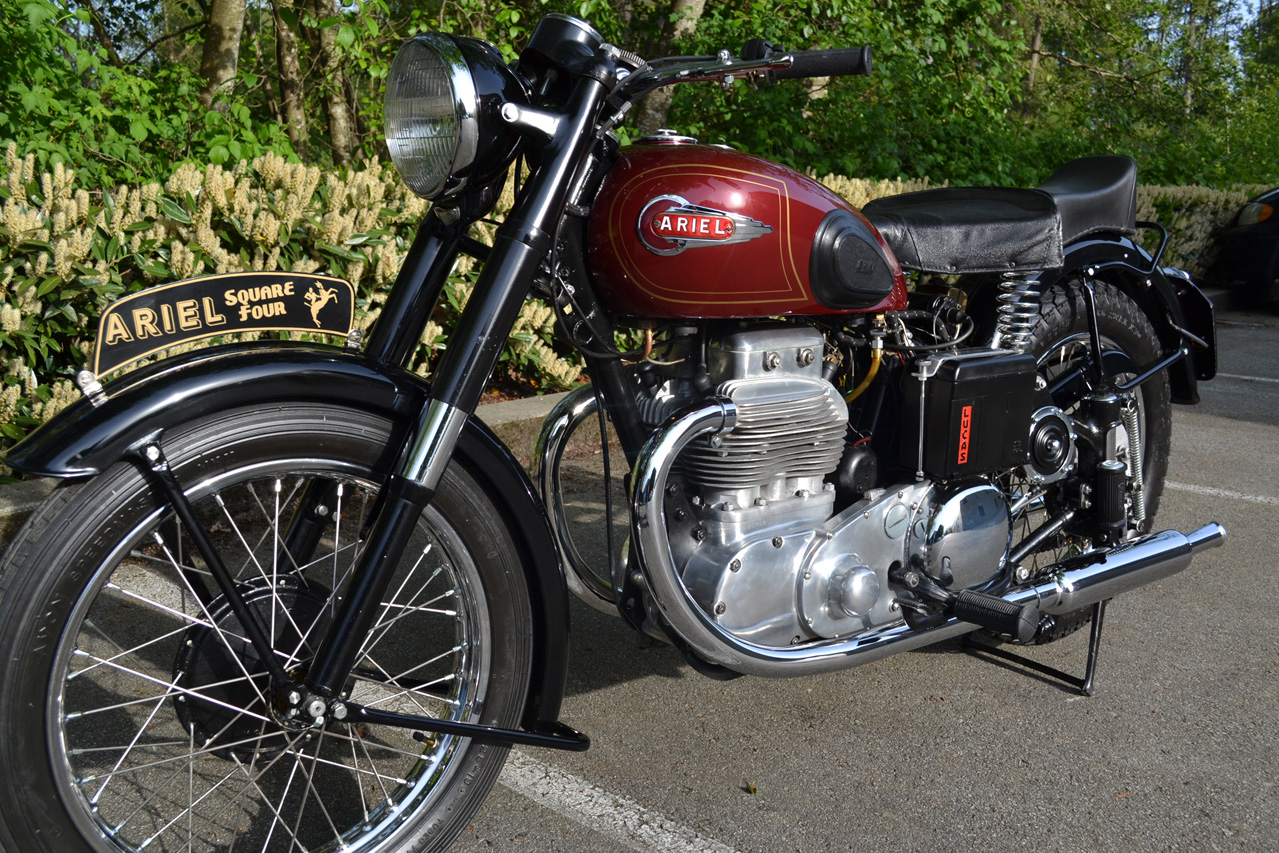 English gentleman country cruiser capable of 100mph. I am the fifth personal owner of this MK 1 and the first not named David!

This bike has a unique history, being first purchased new in 1952 in New Jersey. The most recent previous owner bought the bike while on a trip in N.Y. State in 1996. After the purchase he had a full restoration performed prior to displaying in his collection.

Upon receiving I kicked it over twice and it started right up and ran nicely. I drove it around some and then went to work improving certain things mechanically and cosmetically. I have received a dating certificate with an extract from the Ariel Works Ltd. despatch record books identifying that all of the major components on the machine are original. With the exception of perhaps the rims, tires, spokes and buddy pad this bike has all of its original pieces, nicely and carefully restored.

I am fortunate to have received the original owner’s manual signed by the first two owners and a copy of the 1970 NY State vehicle registration bearing the name and signature of the second owner who purchased the bike from his friend and original owner in 1957.